Episode 11: The Cure is Neil Gaiman 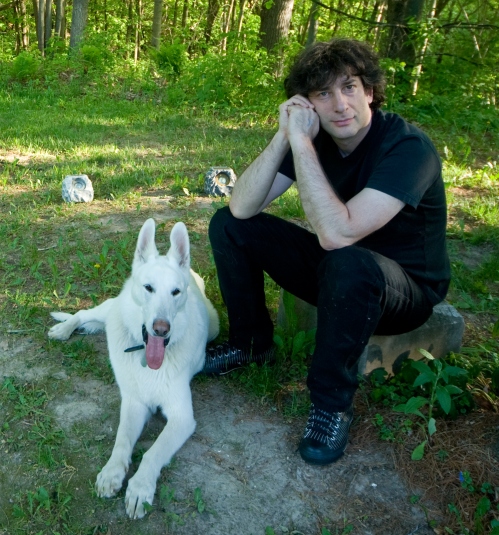 The Babes are back in the Jungle of Death with a solid hour of fangirl flutterings about the master, Neil Gaiman. Do you want to know what made us love the Gaimanverse first? Do you want to hear our thoughts on his work in comics, novels, and on-screen? This podcast is for you. And by “podcast,” I mean “love letter.” By “you” I mean “Neil Gaiman.”

Filed under Babes in the Woods, Podcast, SciFi 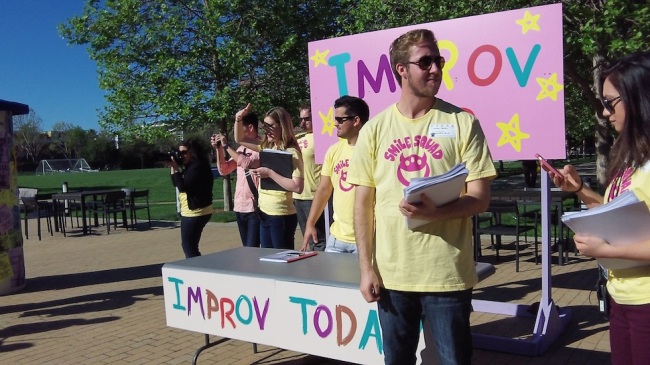 Life intervened for awhile and made it a little difficult to get out of the jungle of death, but I’m back!

To make up for it, here are three things bound to make you smile.

1. Apparently Pixar decorates their studios every time a new film is released. Since Monsters University is only weeks away, those crazy kids invited the press for a look-see on “freshman” day. Check out the adorable photos here at io9. (NOTE: These pictures will not make you hate your job for not being located at Pixar studios. Noooope… Wait. You’re reading that as sarcasm, right?)

2. Speaking of Pixar, Michael Arndt – former Toy Story 3 scribe and upcoming Star Wars Episode VII victim – has let the world (aka Funny or Die) into his intricate writing process called writer’s block. Because it’s possible he might be experiencing a teensy bit of pressure.

3. I saved the best for last. Anyone recognize these dapper feet? If not, you’re a punk. But we love you anyway. The BBC posted the photo from the set of the Doctor’s 50th anniversary episode. I can’t imagine I’m the only one crazy excited to see those white converse again.

That’s all for now.

Enjoy! Over and Out.

Filed under Babes in the Woods

“How Do You Solve a Problem Like Mary Sue?” 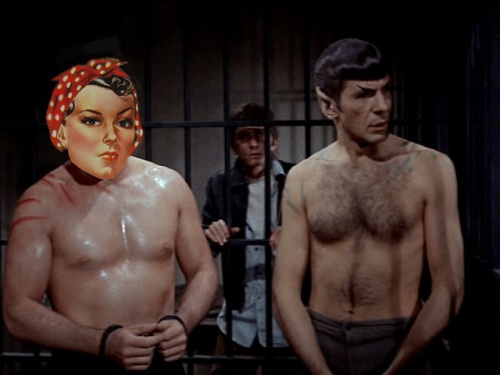 I’ve been watching the most recent Doctor Who episodes, and made a post on Facebook trying to express to Steven Moffat that women, since we are also people, are useful as real characters, and don’t have to be plot devices to be justified in appearing on television. This is, as a friend of mine pointed out, the THIRD character since Moffat took over to use the “impossible girl” angle. Amy gets a pass because she was the first one and actually a good character when allowed to be anything other than a plot-tractor. River was also a good character until the plot she was made of started to undermine her. At this point, I don’t even care about Clara. I didn’t like her as Oswin/Soufflé Girl, I liked her less in “The Snowmen,” and despite her very clichéed moving speech about coming along as herself, not as a ghost this week I simply don’t care about her, and I don’t want to find out why she’s impossible. Her name should be McGuffin – she doesn’t even get a personality.

This article about the origin, development, and problems of the Mary Sue (read it! We’ll still be here), whose title I shamelessly stole, brings up a lot of good information. I had had no idea where the Mary Sue trope got its name, for example. It makes some really strong arguments about the problems with having a trope that sets wish-fulfillment women apart from and below wish-fulfillment men.

On the other hand, as a dabbler in various internet fandoms over the years, I have never heard the term Marty Sue, but have heard Gary Stu used to apply to male characters written the same way as Mary Sues. Wikipedia tells me that both are accepted terms. I don’t think “we don’t notice when they’re men” – or maybe people generally don’t? Personally I have always had a problem with Gary Stus, just as much as with Mary Sues. I understand that characters like Superman (who is not a superhero), and Scott Summers have fans, but I have never understood why – too much glossy, unflappable “perfection” is not only unrealistic and unbelievable, but it’s boring to watch or read about and makes me, at least, feel hostile toward those characters. I absolutely agree, though, that “we’re willing to accept more Marty Suishness in male characters than Mary Suishness in female characters.” This is indicative of a huge problem, and one in which I find myself complicit a lot of the time – I do not tolerate bullshit from female characters, and immediately hate them once they have disappointed me. I’m not sure I am easier on male characters, I just don’t get as attached most of the time, so their disappointing me just makes me not care anymore. Maybe this isn’t true – maybe I do tolerate more crap from male characters. After all, they are frequently presented in much more nuanced, well-rounded writing than are female characters, whose general definitions come down to their major relationships to hero characters.

Somewhat hilariously, I got the link to that article from The Mary Sue, where I also got this link about overstating the feminism of Buffy the Vampire Slayer. I’m just gonna leave that one here and let the other ladies figure it out.

Filed under Babes in the Woods

He was a dreame…

He was a dreamer, a thinker, a speculative philosopher… or, as his wife would have it, an idiot.

If you’ve been keeping up with io9’s headlines, you may have seen prolific sci-fi writer Iain M. Banks’ sad/sweet announcement of his impending death at the hands of cancer and upcoming nuptials.

END_OF_DOCUMENT_TOKEN_TO_BE_REPLACED 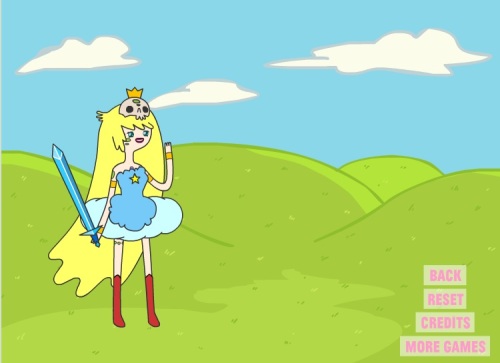 Build your own Princess with spacecoma‘s amazing tool!

Game of Thrones is back! I am atingle with excitement and desperately trying to locate a version of Dany’s badass necklace online. I know I won’t be alone in saying I missed these characters deeply during our break. My eyes were craving dragons and direwolves, and I want to say thank you to HBO for giving me ample helpings of both. 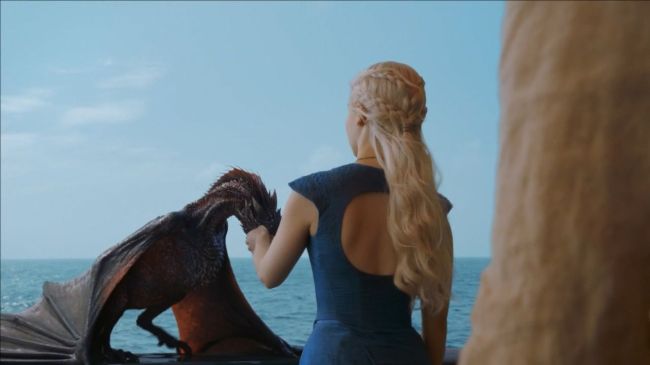 Last season ended with an episode entitled Valar Morghulis, “all men must die” in High Valyrian. This third season opens with Valar Dohaeris, the standard reply to that statement of greeting which translates as “all men must serve.”

It was an apt title for an episode that saw most of our characters caught in the daily duties of their stations, serving others or serving their own ambitions, often with reservations. The show opened with Samwell running across a snowy plain, only to be attacked by a white walker, saved by Ghost, and then berated by the Old Bear for not doing his job.

Across the episode we saw various interactions that basically amounted to job performance evaluations and HR decisions. Bron demanded a raise from Tyrion and received it, Tyrion demanded a raise from Tywin and was rebuffed. Dany thought about expanding her workforce by buying eight thousand eunuch-zombie warriors. Barristan the Bold caught up with Dany and asked for a job. Jon Snow got hired by Mance Rayder.

All men must serve. But not all of our characters were rewarded for their service. Let’s recap this week’s winners and losers.

1. Marjory Tyrell- The queen-to-be has wasted little time in winning the affections of her reprehensible fiance or the common folk. We’ve seen a lot of brute force in the Game these past two seasons. It will be a pleasant change to watch Marjory scheme and charm.

2. Bronn the Sellsword- He’s a knight now. A knight with a raise to blow in various pleasure houses.

3. Jon Snow- He learned how to lie, and won a place in the Wilding fold. He may even get a date with Ygritte.

4. Barristan the Bold- He made a great entrance, and it was clear that his words about honor and the Iron Throne touched Dany. He may have finally found a sovereign worthy of his sword.

2. Tyrion- This episode did a lot to remind us that the Lannisters are the worst, and Tyrion got a one-two punch of scorn from his sister and father. Not to mention that nasty scar, or the fact that he’s having to pay for friends.

3. Samwell- Separated from his best friend, plagued by his own cowardice, and fighting his way through the wilderness is definitely not Sam’s comfort zone.

4. Cersei- Drinking her feelings and then over-sharing, Cersei suffered by comparison to shiny and new Marjory.

See you next week for another power rankings recap.

It’s not slander if it’s true,

Filed under Babes in the Woods, Fantasy, GRRM

Podcasting from the Jungle of Death

Podcasting from the Jungle of Death